entX has identified unique attributes of various materials and created smart structures consisting of specific metals, semiconductors and in some instances radioisotopes that can produce usable amounts of electricity over very long time frames. This power is produced without external fuel supply and without producing carbon dioxide. 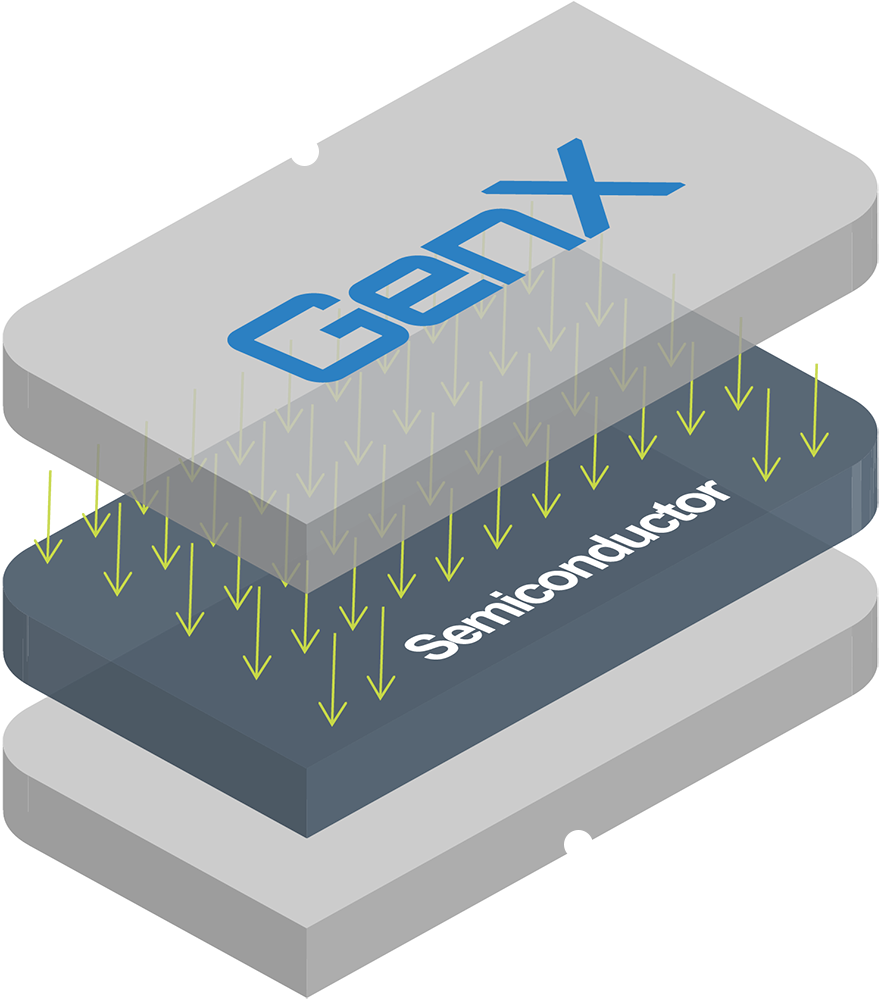 GenX is a beta-voltaic power generator meaning it converts energy from beta radiation emissions into power without the need for an external fuel supply – the ‘fuel’ is the inherent energy in the beta-emitter. Initial proof of concept experiments on GenX’s unique semiconductor-metal electrode configuration has been shown to effectively harvest power from the semiconductor layer when excited. A demonstration unit is currently under construction with a prototype unit planned to follow which will be tested in a space equivalent environment to allow commercial demonstration.

Space is the ultimate proving ground for the GenX technology. GenX improves power availability to space craft and reduces the reliance on the incumbent solar / Li-Ion battery combination. The company is
developing opportunities to gain flight heritage for the produced prototypes. On these early missions GenX will power simple electronics in orbit, dark side and lunar exploration applications, enabling equipment to operate for longer under a range of conditions, ultimately collecting and processing more data.

In addition to work being done with various Space primes, GenX has struck a chord with terrestrial defence and science applications. These sectors have similar challenges relating to providing uninterrupted long term power to equipment and sensors in remote and harsh environments.

GenX will provide for constant connectivity for potentially decades without the cost and risk of mobilization to replace the power source.

In March 2022 entX was awarded a $2.4m Cooperative Research Centre Project grant. Along with partners University of Adelaide, University or South Australia, University of Western Australia, DEWC Systems and Duromer, the GenX manufacturing process will be developed and refined to produce the first prototypes to be tested in a deployment.